A glimpse into our history.

Go on a journey through time with Hakle from 1928 to today. 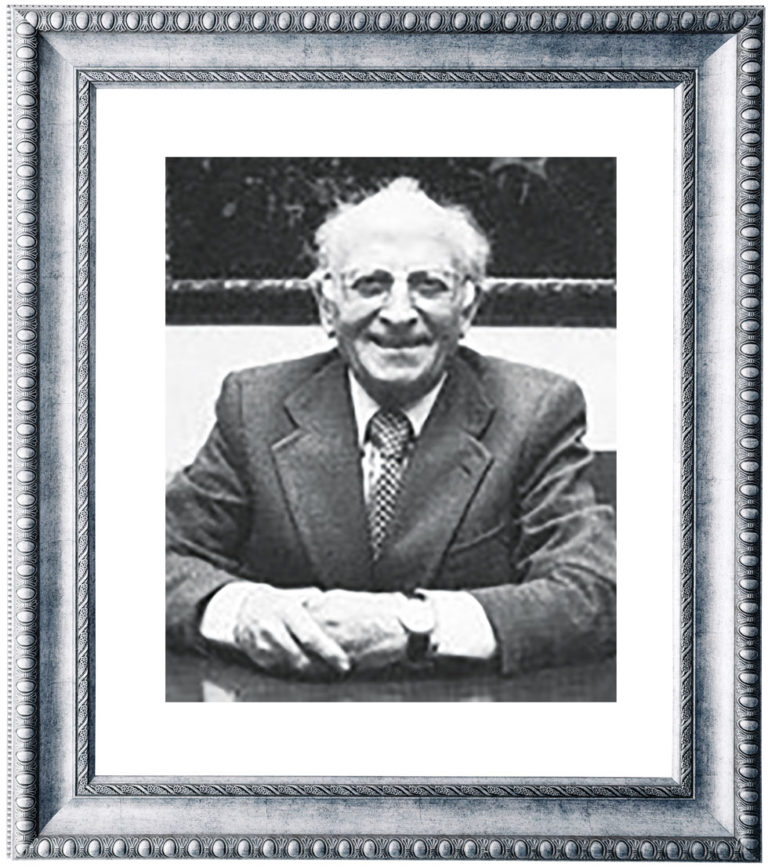 The founder of Hakle:
Hans Klenk

Hygiene and well-being – a review of the history

The first Hakle toilet roll was produced in 1928.

The first Hakle toilet paper roll with guaranteed number of sheets was produced in 1928 and named after the company founder Hans Klenk.

First toilet paper made of tissue

Whereas toilet paper was previously produced from the hard and rough crepe, Hakle heralded the soft era with the first tissue paper in 1959.

With Hakle Lady the first 4-layer toilet paper is released, which with its dermatological premium standard is a classic sold until today.

Hakle Camille is the first paper to contain care ingredients such as aloe vera and chamomile. For even more care and comfort.

It is the first toilet paper from Hakle in TAD quality. TAD is an innovative production process that brings more softness and volume - a tangible leap in quality.

Hakle the most famous and popular Toilet paper in Germany celebrates its 75th anniversary.

Comfort cushions, small air cushions between the paper layers, provide even more softness. Immediate recognition of the number of plies and decor as the customer's main information requirement.

Hakle Feucht is the brand for wet Toilet paper and the generic term for an entire Product category. The wet Toilet paper from Hakle offers not only cleanliness, but also an extra portion of care for your skin.

The first wet toilet paper celebrates its 40th anniversary. Then as now, Hakle Feucht stands for the very special feeling of freshness and cleanliness. This is the focus of the new campaign "I feel Hakle". On the occasion of its 40th anniversary, Hakle Feucht also presents itself in a completely new way: in a modern, cosmetic design and with a practical hygienic closure.

For 90 years the Hakle brand has stood for top quality and innovation. Due to the great success of the Hakle wet packs redesigned in 2017, the other Hakle products - toilet paper and wet wipes - will also be adapted to the design in 2018, completing the new Hakle brand identity.

Hakle is awarded with the PPI-Award.

At the Pulp and Paper International Awards we receive the award in the Tissue Product category for our new hygiene product. This award recognises Hakle's innovative power to combine rapidly renewable and regional natural resources with gentle pulp quality.

The Hakle journey through time begins in 1928 with Hans Klenk, an entrepreneur and inventor who founded a toilet paper factory in his home town of Ludwigsburg. He launched the first toilet paper roll with a guaranteed 1000 sheets on the German market. Hans Klenk worked tirelessly on improved recipes that made everyday life easier and provided an individual sense of hygiene – the first revolution in toilet hygiene.

In 1954, the company expanded and moved from Swabia to the Rhine to Mainz, where the Hakle roll with the soft tissue paper had been produced since 1959.None other than the later great Rhineland-Palatinate cabaret artist Herbert Bonewitz joined the company as an advertising assistant in the same year. As an editor and graphic artist he designed the Hakle in-house magazine “Die Rolle”. From 1968 to 1983 he worked as an authorised signatory and advertising manager for Hakle.

In 1972 Hakle launched the first 3-ply toilet paper, followed by the first 4-ply toilet paper in 1982.
The second revolution in hygiene in Germany was achieved in 1977 with the invention of Hakle Feucht. In the following decades, Hakle Feucht became a generic term for moist toilet paper and became synonymous with an entire product category for the consumer. In 1999, the then owner group moved Hakle production up the Rhine to Düsseldorf-Reisholz, to a paper production site that had already existed since 1905.

After an eventful history, Hakle returned to family ownership in 2019.Managing director Volker Jung and another partner continue the 90-year-long pursuit of innovations in hygiene and well-being. However, a challenge has been added – a convincing use of the scarce resources of nature. Thus, Hakle manufactures sustainable products today and in the future, which are characterised by their biodegradability, recyclability and the use of alternative renewable raw materials – without sacrificing the comfort of care. 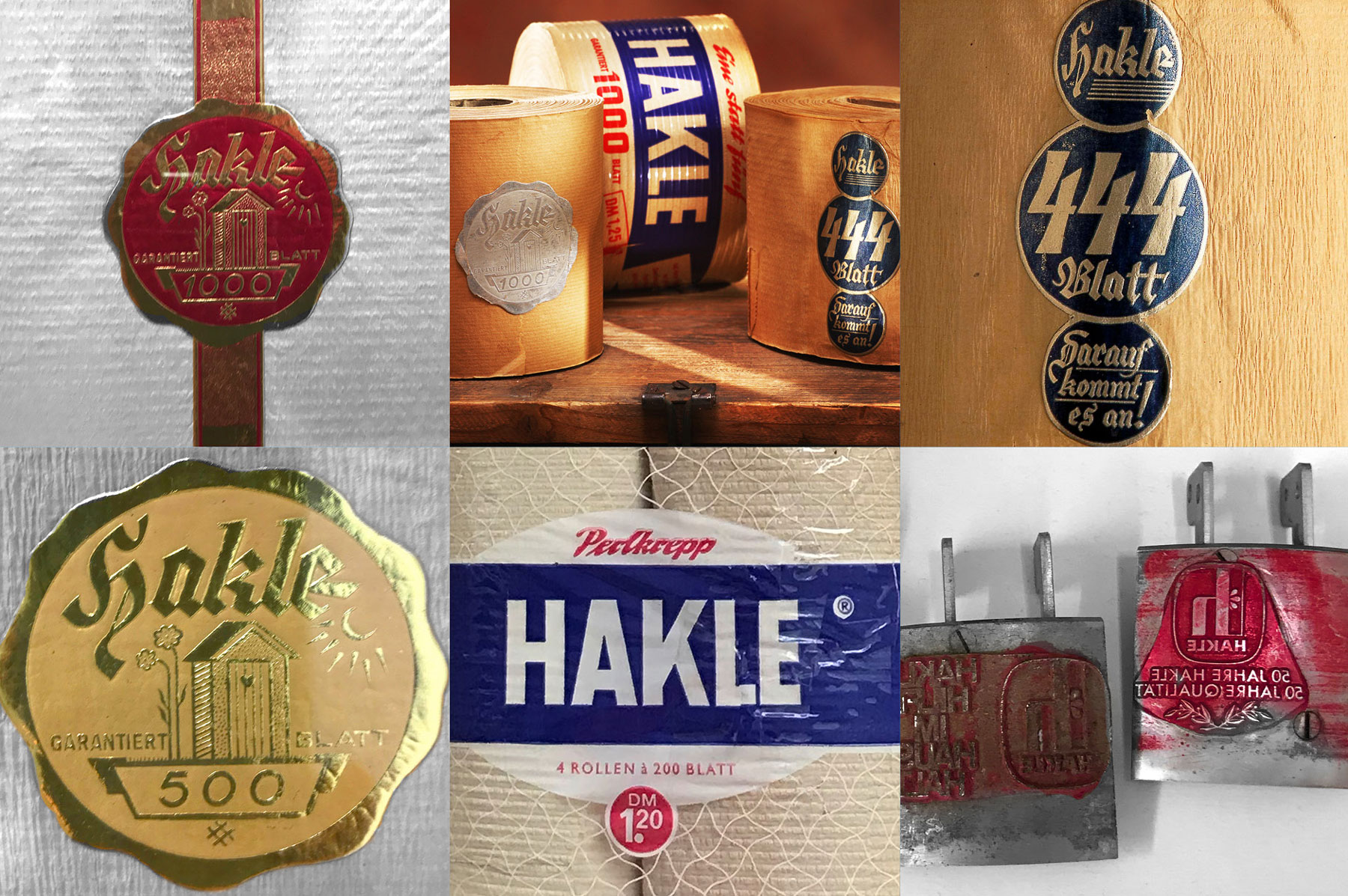 The company’s own brand archive on the Düsseldorf company premises displays over 400 packs of toilet paper and kitchen rolls. Starting with the first toilet roll from 1928 to the latest pack in a modern reduced design.

Visit our brand archive and experience 90 years of Hakle brand history! We would be happy to arrange an individual viewing appointment with you: verbraucher@hakle.de 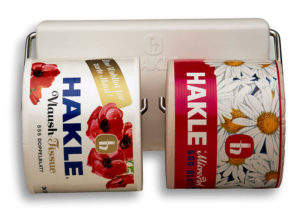 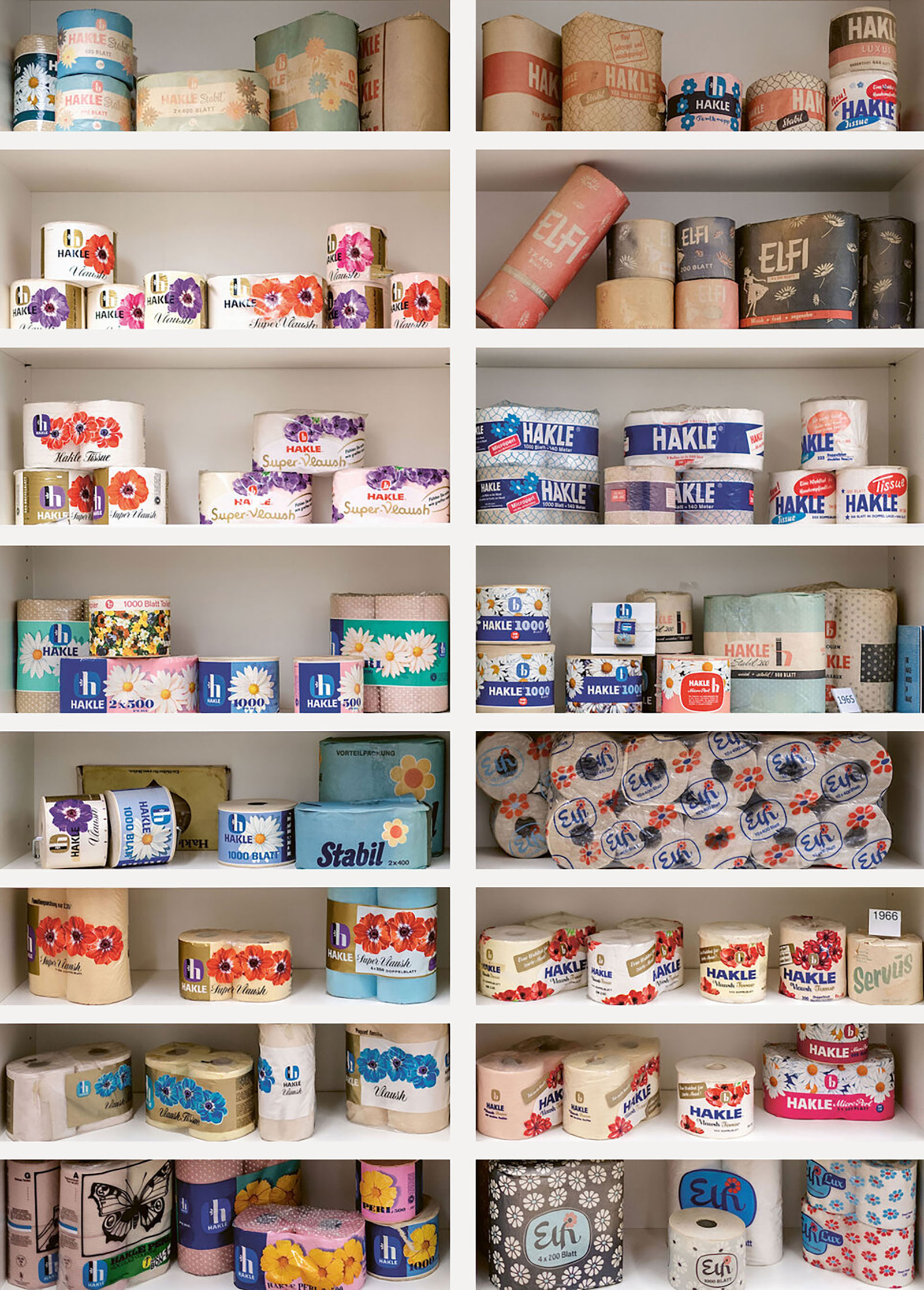 Hygienic well-being is our Promise - since 1928.

Your opinion is important to us.